Not on a Shelf: Reporting on the City of Boston's Progress on Go Boston 2030

In March of 2017, the City of Boston released Go Boston 2030, their long-term mobility plan. Informed by an extensive two-year community engagement process, the plan envisions a city where all residents have better and more equitable travel choices, and aims to create economic opportunity and prepare for climate change. In order to ensure Go Boston 2030 doesn't sit on a shelf, LivableStreets has committed to independently assessing the City's progress on their goals regularly until 2030.

Our report found that since Go Boston 2030 was released three years ago, the City of Boston has made important structural changes to their mobility-related departments, budgets, and priorities, including adding millions of dollars and 20 new staff to the transportation department. These changes provide a strong foundation for the progress they are making on implementing several Go Boston 2030 projects and policies. However, implementation of these projects and policies has not yet demonstrated significant progress toward most of Go Boston 2030's goals and targets. It will be important for the City to increase the scale and pace of its projects to stay on track and begin to see more meaningful progress toward its goals and targets.

The report includes key findings, recommendations, and deep dives into key projects, including Better Bike Corridors. One section of the report focuses on providing updates on aspirational targets the City laid out in Go Boston 2030, including eliminating traffic fatalities and decreasing commute to work times. In addition, the report includes a project scorecard that provides status updates, evaluations, and recommended next steps for all 33 Go Boston 2030 early action projects and policies, including Walk- and Bike-Friendly Main Streets and Smart Signals Corridors. The report is intended to assess not only the quality and extent of work the City has done, but its overall impact. 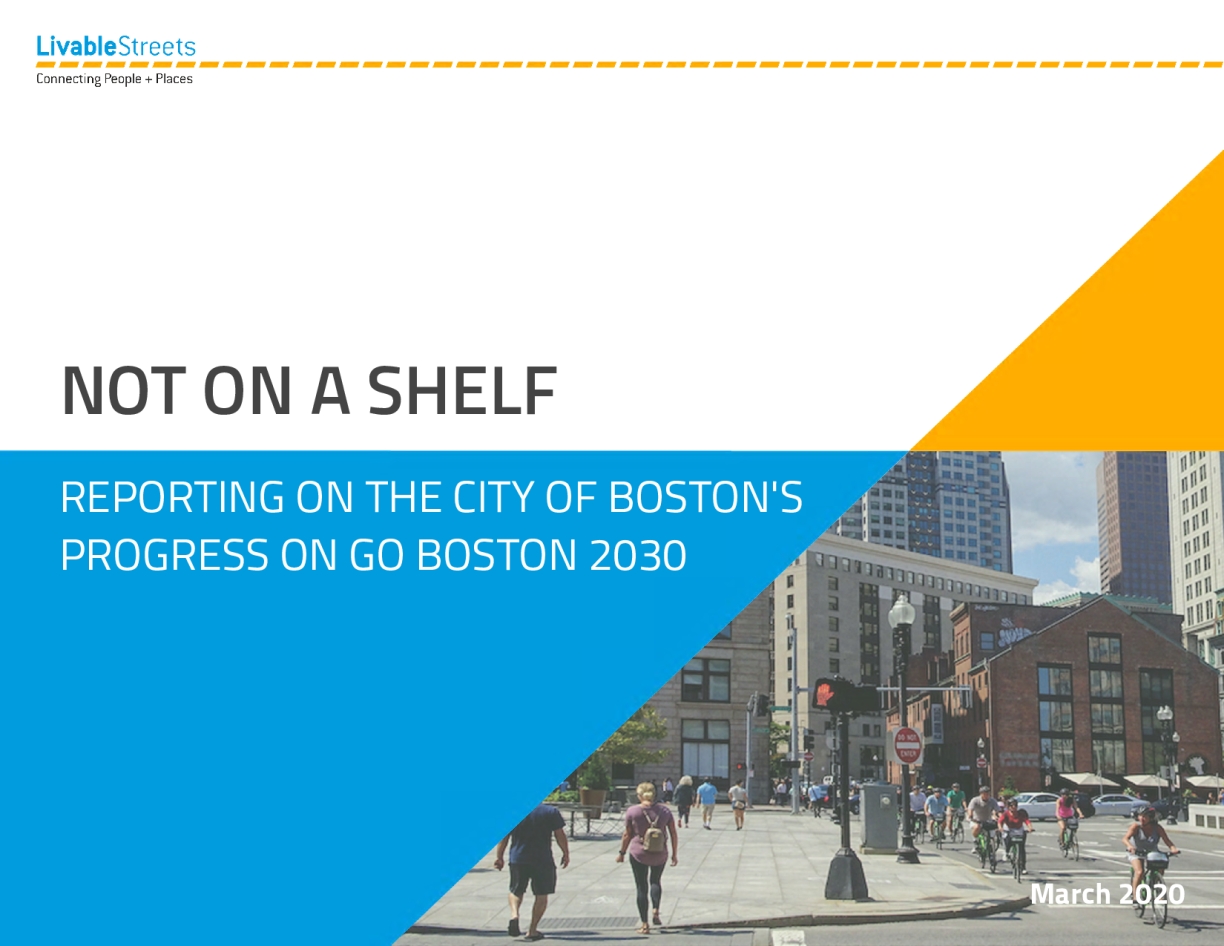