While the decline of European honeybees in the United States and beyond has been well publicized in recent years, the more than 4,000 species of native bees in North America and Hawaii have been much less documented. Although these native bees are not as well known as honeybees, they play a vital role in functioning ecosystems and also provide more than $3 billion dollars in fruit-pollination services each year just in the United States.

For this first-of-its-kind analysis, the Center for Biological Diversity conducted a systematic review of the status of all 4,337 North American and Hawaiian native bees.

For this report we assembled a list of all valid native bee species and their current conservation status as established by state, federal or independent researchers. We then conducted a comprehensive review of all literature on those species as well as records documenting their occurrence. From that research we identified those bees with sufficient data to assess their status, including current and historical range, behavioral observations and studies, arriving at the first comprehensive analysis of the status of North American and Hawaiian native bees.

We also highlight five native solitary bee species that are seriously imperiled. These remarkable, underappreciated pollinators offer a snapshot of the threats driving the alarming declines in many native bee species — declines that must be reversed to save these irreplaceable native bees and the health of the ecosystems that depend on them. 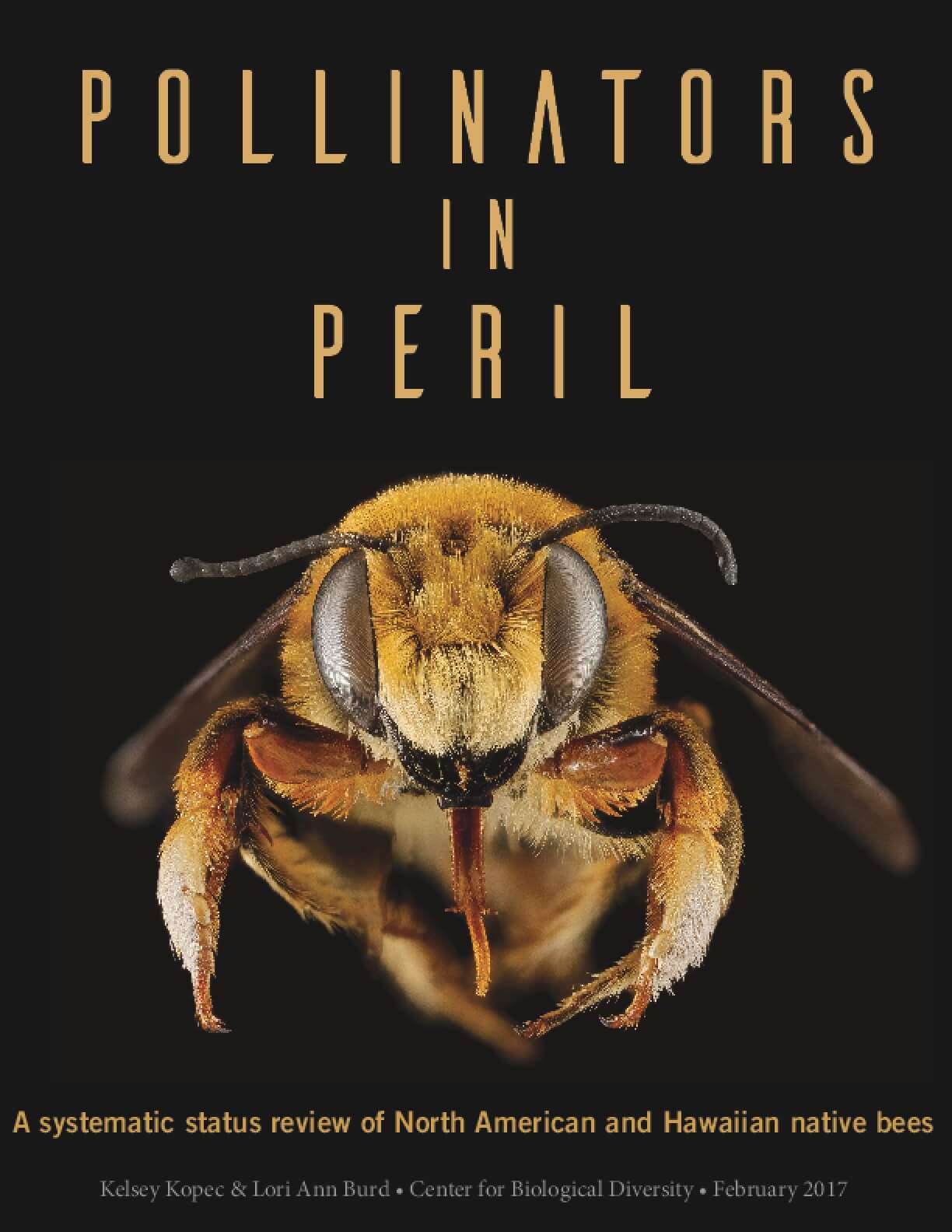