The number of animals used in medical, pharmaceutical, and product research each year is at least 115 million worldwide, using official figures. The actual number is believed to be much higher. Generally speaking, most people surveyed in the U.S. and elsewhere say that they accept the use of animals for research purposes, at least to a certain degree. However, more people believe it is acceptable only for medical purposes, particularly involving the treatment or prevention of serious human diseases or illnesses. 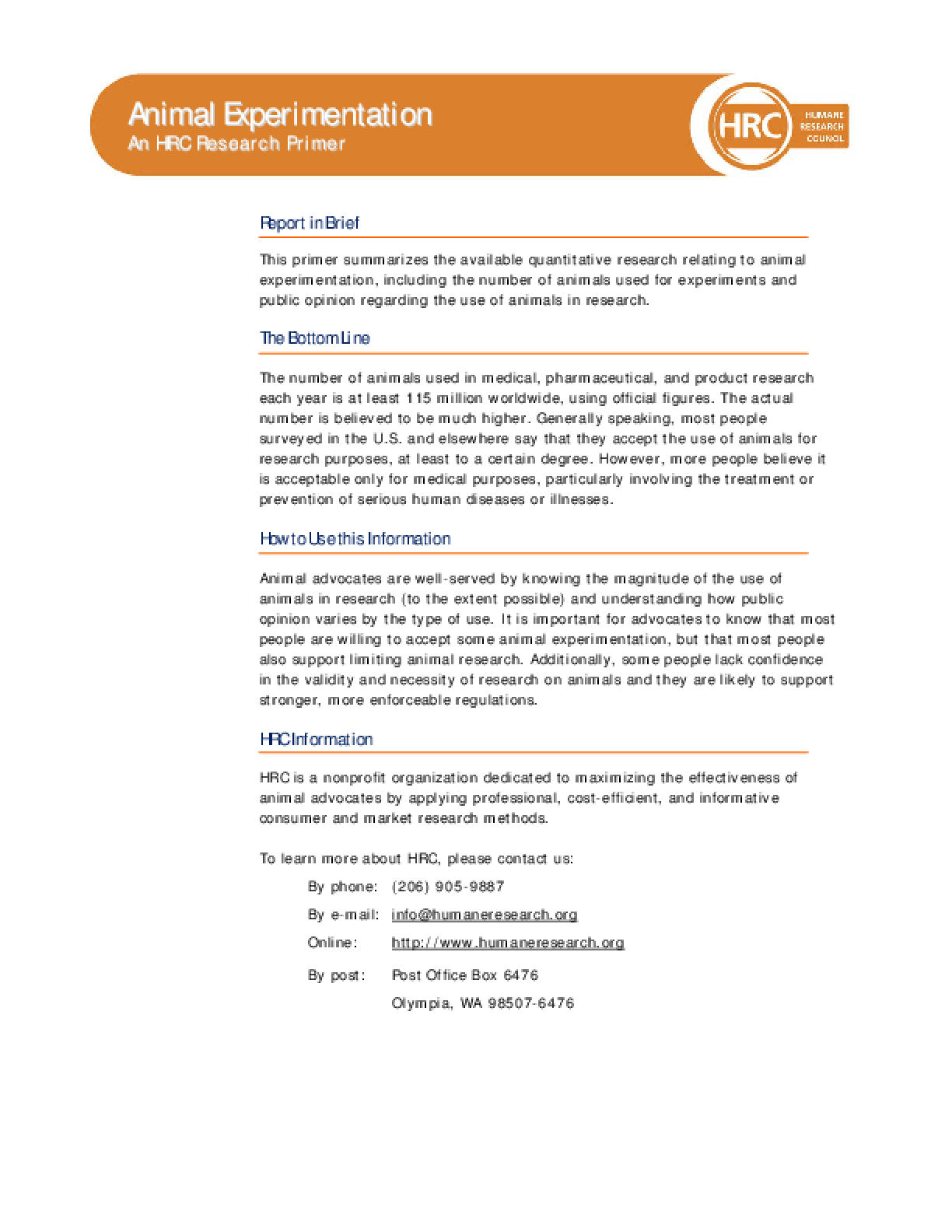